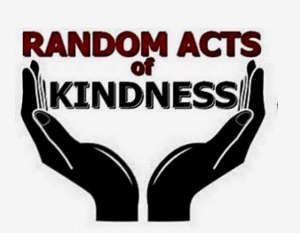 I was nominated for this award by Vicklea who has been very supportive of my writing since I started posting at the start of this year. I’m very pleased because it’s given me an opportunity to share an example of how some people help each other in my adopted country, South Africa.

South Africa is one of the most unequal countries in the world. We have the very, very rich (a small number) and the very, very poor (sadly many more). We may think we’re somewhere in the middle, but the vast majority of the population live on very little.

We are fortunate enough to be able to afford to employ a housekeeper, Joyce, and a gardener / handyman, Johannes, a couple of days a week. This sounds quite grand, or at least it seemed to me to be so when we first came over here. We don’t necessarily need the help, although it’s nice to have someone to do the housework and look after the garden. It also gives us an excuse to help them to support their families.

However, this is not about us in our privileged position and what we do, rather I want to share something which Joyce did for one of the kids in her neighbourhood last week.

Joyce was standing by the gate to her little rented house having just seen her youngest child Joshua and her grandchild, Lesego, off to school. She was watching some of the other children make their way to school when she noticed a little boy of about Joshua’s age struggling to walk in gum boots which were much too big for him. She could see by how he was dressed that he came from a family who must have very little to spend on clothes and shoes. She called him over and saw that he was crying. He said it was because the gum boots hurt his feet and made it hard for him to walk.

Joyce told him to wait by the gate. She fetched a pair of Joshua’s shoes. The shoes were in good condition and still fit Joshua, but he did have his school shoes and a pair of trainers as well and Joyce decided that she must give them to the little boy who was struggling. He tried them on and they fit. He was over the moon! Joyce gave him a plastic bag for the gum boots and off he ran to school so as not to be late. On his way back that afternoon, he came and thanked Joyce again.

When she told me, I could see how happy she was to have been in a position to help the little boy, even though she herself manages on a very modest budget as a single mum, with a grown up daughter and son, another son who’s studying civil engineering and the two little ones.

All through life we encounter people who for no particular reason help someone out, or extend a hand when needed. Some do it directly and some do it indirectly.
1- copy or paste image for reward on your post.
2- Write about a random act of kindness, either you saw, was given to you, or you have done. It is okay to spread the love people. You don’t have to name specific names or whatever but tell us about it.
3- Share this award and link to original post or tag the person who nominated you.
4- If you should want to do this then you can leave an open ended invitation, or personally tag others.
5- Pictures are a good share to, if you have pictures to share a random act of kindness, that is great!

3 thoughts on “Random Acts of Kindness Award: an open invitation”