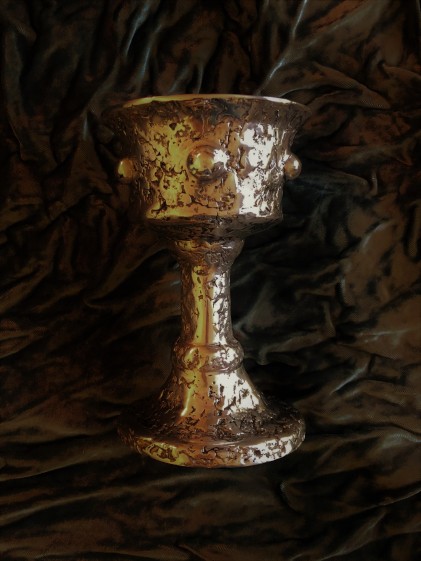 Sinead stared up at the depiction of the Maze in which she was trapped. A dark shape was moving near the outer edge. The Hound?

His bark had been a relief. If she’d realised why he’d not touched his food sooner, she might not be imprisoned now. But wasn’t this her challenge from the Prophesy Book? Destiny could not be avoided.

Her eyes searched the images on the ceiling. A silver object glimmered in a small chamber nearby. A silver chalice. She recognised it immediately. It was the Chalice of Earthly Liberation. The fourth sacred artifact.

Sinead took a step backwards and found herself in the passageway. The wall behind her had vanished. She spun around. Moments later she had the Chalice in her hand. Sinead pounded through the Maze, certain of the way out. Finally, thankfully, the archway she remembered loomed ahead.

The Hound awaited her, poised to spring.

26 thoughts on “The First of the Final Challenges”