– When do I get my Button, Humphrey?

– You know, my Big Red Button. The important one! I want one like everyone else.

– Everyone else, Prime Minister?

– Yes, Putin’s got one, Trump’s got one, that slitty-eyed fellow in North Korea, even Monsieur Whatshisname in France has one.

– Oh no, this isn’t mad, it’s actually quite serious.

– Never mind how it works, Humphrey, get me the person in charge of our Big Red Button.

– That would be the Chief of Defence, Prime Minister.

– All right then, get the army chappie over here and tell him to bring me my Button.

– The Chief of Defence is here to see you Prime Minister.

A man dressed in uniform with lots of gold braid enters the PM’s office. He places a metal briefcase on the desk and opens it. The Prime Minister rubs his hands together.

– Excellent. Now show me how it works

– Once all the protocols have been agreed, Prime Minister, you simply push that button in the centre of the control mechanism.

– Nevertheless Prime Minister, that is Britain’s Big Red Button. Only to be used in the most dire of emergencies.

– But I’m the one who gets to push the Button?

Sir Humphrey shows the Chief of Defence out, closing the door behind them both.

– Tell me that’s not the real thing, Nick?

– Good heavens no, Humphrey! We wouldn’t want something like that in the hands of a politician.

– Does it actually do anything?

– Well, it is armed. Otherwise it wouldn’t look authentic.

– Oh, nothing serious, just a few fireworks in the shrubbery.

The challenge this week was politics.

With sincerest apologies to everyone who was involved in that great BBC institution, the TV series ‘Yes, Prime Minister’. For anyone who’s never seen it, here’s a little taster:

27 thoughts on “The Big Red Button” 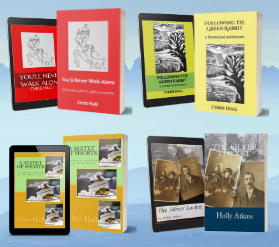