Last Saturday saw the launch of the #WritingMyCity book, the exciting collection of
Cape Town writing, put together by Cape Town Library Service and Open Book. 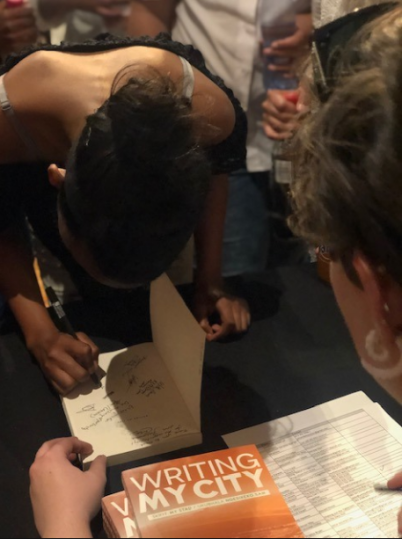 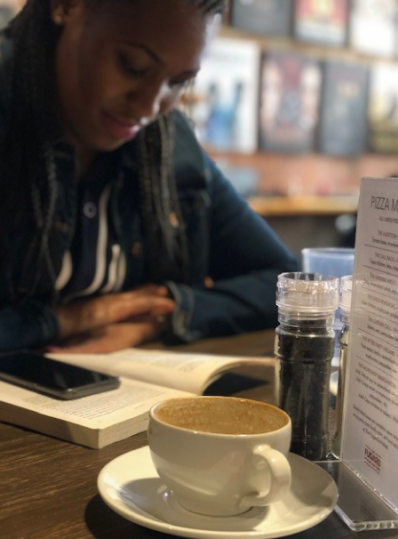 The selected authors signed a copy for the organisers, Christelle Lubbe and
Frankie Murray. Then we opened our copies and started reading each others stories.
There are some fascinating stories, poems and memoirs in the collection.

I’d been late leaving school that afternoon. I’d stayed behind because nice Miss Leibrandt had been helping me with my poem.

On the way home I’d been kicking a can along the dirt pathway between the shacks when I heard shouting over on the main road. Then there was the explosion. Flames shot up into the air, all red and angry-looking. Black smoke billowed upwards.

My house was the other way, but I had to see. I peered out from the end of the lane. People were jumping up and down in the street, arms waving angrily. They were chanting.

Flames licked out of the little corner shop. My friend’s shop. Mr Kabongo whose skin was as black as night, who came from another country further up the map of Africa. Mr Kabongo who told me stories about the animals of the forest where he grew up and the people who lived there before the war in his country. Mr Kabongo who gave me sweets when I went to fetch a half-loaf for my mother.

And now his shop was destroyed. I wondered if he was safe. Had he run, as he’d run before?

Why can’t we all live together? 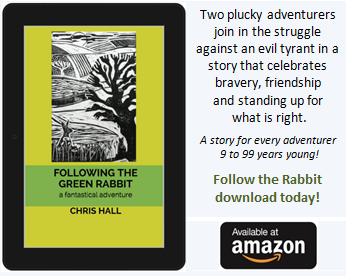 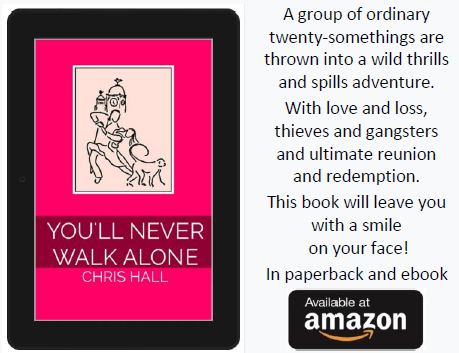 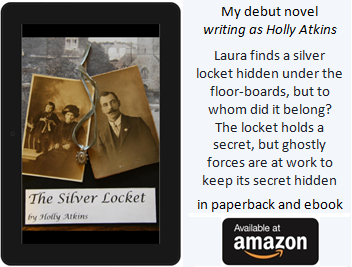