Written in response to the prompt by The Haunted Wordsmith:
Hotel, breakfast, caught

Boris always enjoyed his hotel breakfast when he was working away, even if it was sometimes difficult to obtain proper British grub. Not for him was bacon from Denmark or sausage from Germany. But today was going to be champion; a proper start to his day.

He rubbed his hands together as the waitress laid the groaning plate before him. He turned the pages of his copy of ‘The Times’ to the political section and propped the folded newspaper against the condiment set.

Tucking his linen napkin into his collar, Boris prepared to eat. He pierced a generous forkful of Cumberland sausage, stabbed a piece of Wiltshire bacon and dipped it into the golden yolk of his free-range Gloucestershire egg, before popping it into his mouth.

Then he started to read. The opinion piece was appalling. How dare this jumped up journalist decry his efforts to restore the autonomy of his beloved country! Boris drew a sharp intake of breath. The large piece of north-country sausage caught in his throat. Boris coughed. He tried to breathe in, but the prime piece of spiced ground pork was firmly lodged in his windpipe. He tried to cry out, but only a whisper of a bark came out. He attempted to attract attention by waving his newspaper frantically in the air.

British reserve to the fore, his fellow breakfasters ignored the disturbance. The waiting staff were absent from the room. No-one was coming to his aid. Boris’s face turned a delicate shade of puce. He struggled to his feet, cartwheeling his arms in a caricature of buffoonery.

But his efforts were to no avail. His face turned grey. He slumped back into his seat and keeled forward, his nose burying itself in the runny egg in the centre of the best Worcester plate on which his breakfast had been served.

Hoist on the petard of his Great British Breakfast, Boris breathed no more. 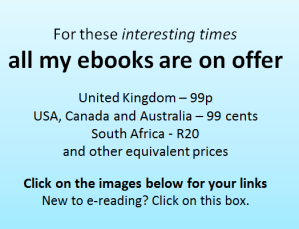